Only 20% of all thoracic tumors in childhood and adolescence account for chest wall tumors. Although these tumors are rare in childhood and adolescence (1 per million children less than 15 years of age), several differential diagnoses have to be considered. There are important differences in incidence rates of different countries. While in less developed countries, tuberculosis is considered at first instance, in Europe and Northern America, malignancies are more common. In contrast to adult patients in whom chondrosarcoma is the predominant malignancy, primitive neuroectodermal tumor (PNET) is the common malignancy in childhood .

Fortunately, technical improvements have facilitated the resection of even large tumors. New technical devices allow the resection of relevant chest areas without residual paradoxical respiration. Therefore, surgical resection of both, benign and malignant tumors, has improved over the last several decades.

Clinical presentation ranges from visible deformation of the thorax to respiratory distress and recurrent pulmonary infections in case of intrathoracic growth. Beyond anamnesis and physical examination, plain chest radiography is the first-line diagnostic tool. Chest radiography can detect large masses, bone erosion, pulmonary infiltration, and in some cases, mediastinal lymphadenopathy. The next step is to perform an axial thoracic computed tomography (CT) scan, which can detect the site, size, bony involvement, and infiltration into contiguous structures. CT scan is needed to screen for lung metastasis [49]. Magnetic resonance imaging (MRI) is necessary only in few cases, especially when spinal cord involvement is expected. Otherwise, CT scan is the screening method of choice. Additional positron emission tomography (PET) scan is helpful in detecting the metastatic spread of malignant tumors; however, it might also detect inflammatory processes. Finally, a biopsy is needed for definitive diagnosis. Since fine-needle aspiration biopsy is insufficient to determine subtypes of malignant tumors, Tru-cut needle biopsy is the diagnostic tool of choice in most cases. Limited open biopsy is requested if larger tumor tissue samples are needed.

These tumors are members of the Ewing tumor family and share the common t (11; 22) (q24; q12) translocation. They are highly malignant “small blue round cell tumors” PNETs can arise at any site of the body and a PNET of the chest wall is known as Askin tumor.

In general, symptoms are mild and not specific. In most cases, swelling and/or pain at the tumor site are the primary signs. However, prognosis depends on several factors. Alveolar rhabdomyosarcoma has worse prognosis than the embryonic type. Additionally, incomplete resection also has poor prognosis, and compared to other tumor sites, the chest wall is particularly unfavorable. Finally, lymph node involvement, tumor diameter >5 cm, and the age at diagnosis >10 years, are associated with poor prognosis.

These tumors are also extremely rare in childhood. The incidence is estimated to be as high as 4.8 per million in children less than 15 years of age. Only 1% are located in the chest wall and the spine. (Neo-) adjuvant chemotherapy and complete resection are crucial for treatment, because these tumors are relatively insensitive to radiotherapy. The success of resection is the main prognostic factor. Owing to multidisciplinary approaches, the overall survival increased over the last decades to 71% in children younger than 9 years of age, and to 48% in older children. Malignant fibrohistiocytomas are often mixed up with osteosarcomas. However, their incidence is pproximately 10% that of the osteosarcoma incidence, and approximately 2% are located in the thoracic wall. Treatment is similar to that administered for osteosarcomas.

Two types of this rare soft-tissue sarcoma are known. Children less than 1 year of age have the infantile type of fibrosarcoma. Infantile fibrosarcoma is characterized by a t (12; 15) translocation. Infantile fibrosarcoma should be distinguished from giant cell fibroblastoma, a benign, nonmetastasizing tumor. In general, infantile fibrosarcoma shows a rapid initial growth and tends to spontaneously regress. Metastatic disease is uncommon (1–13%), and the overall prognosis is good with survival rates of 80–100% [48]. Because this tumor has high chemosensitivity, neoadjuvant therapy is indicated. Chemotherapy is administered according to the CWS-2007-HR protocol. Subsequent complete resection should be targeted, followed by adjuvant chemotherapy. Radiation is only administered for local tumor control in selectedcases, which are cases of incomplete resection and/or unresectable tumors. Older children develop adult type fibrosarcoma with a worse prognosis. The 5-year overall survival is reported to be 51– 60%, only. Therefore complete resection should always be targeted. (Neo-) adjuvant chemotherapy is also defined in the CWS-2007-HR protocol. Radiotherapy is mandatory when clear surgical margins cannot be achieved.

These soft-tissue tumors arise from mesenchymal stem cells and show pericyte differentiation. Since they commonly derive from the bronchus, they are described elsewhere in this book.

LCH is characterized by the clonal proliferation of pathologic cells with the characteristics of Langerhans cells. Whether LCH is a malignancy is not clearly defined. It can appear in a single organ or  multiple organs. Langerhans cells are bone marrowderived dendritic cells that reside in the skin and lymph nodes. LCH is a rare disease of unknown etiology, with an estimated incidence of 8–9 cases per million in children less than 15 years of age. This disease is encountered in adult patients as well. Clinical presentation of LCH is very heterogeneous, ranging from a generally benign singlesystem involvement, to a multisystem life-threatening disease .The role of surgery is both diagnostic and in some cases curative.

Prognosis is worse in cases of multisystem disease and depends on the involvement of the so-called risk organs, including the liver, spleen, lungs, and the hematopoietic system. The role of surgery depends on diagnostic reasons. Treatment is defined in the LCH-III trial.

Lipoblastoma is a slow-growing, benign tumor that presents as a chest wall mass. Pain is uncommon. Ultrasonography is of less diagnostic value, and the imaging modality of choice is MRI.  Local excision is the preferred treatment option. It is important to remove all of the tumor; however, mutilation has to be avoided.

This benign tumor presents at birth or shortly after with chest deformity and respiratory distress. A calcified mass involving one or more ribs can be seen in the chest radiograph. The tumor is composed of chondroid tissue with large, endotheliumlined vascular spaces, and immature mesenchyme with large osteoclastic giant cells and osteoid. It must be differentiated from aneurysmal bone cysts, and chondromas. Although these may be large tumors, they are benign and complete resection may not be necessary, except to relieve respiratory or cardiac embarrassment .

Chest wall chondromas are benign tumors and arise from the costochondral arches or sternum as a chest wall mass. Even histological differentiation between chondroma and chondrosarcoma can be difficult. Therefore chondromas should be excised with a wide margin. Periosteal chondromas may arise in regions of previous thoracotomy. Chondromatous hamartoma of the chest wall is a very rare lesion that arises during infancy. These usually present as large masses, and hyaline cartilage on histology, resembling that of the growth plate, spindle cells, woven bone, and hemorrhagic cysts are seen. Wide excision is recommended in such cases as well.

Chest wall desmoid tumors are noted to be locally aggressive, but metastatic spread is uncommon. Therefore, these tumors are categorized as semi-malignant. Complete resection with negative microscopic margins is associated with the lowest rate of local recurrence. These tumors have been observed in patients with mutations of the adenomatous polyposis coli (APC) gene and in patients who previously underwent thoracotomy. Even sternal resection has been described as a treatment option. 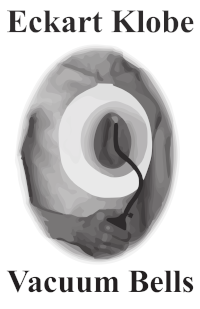